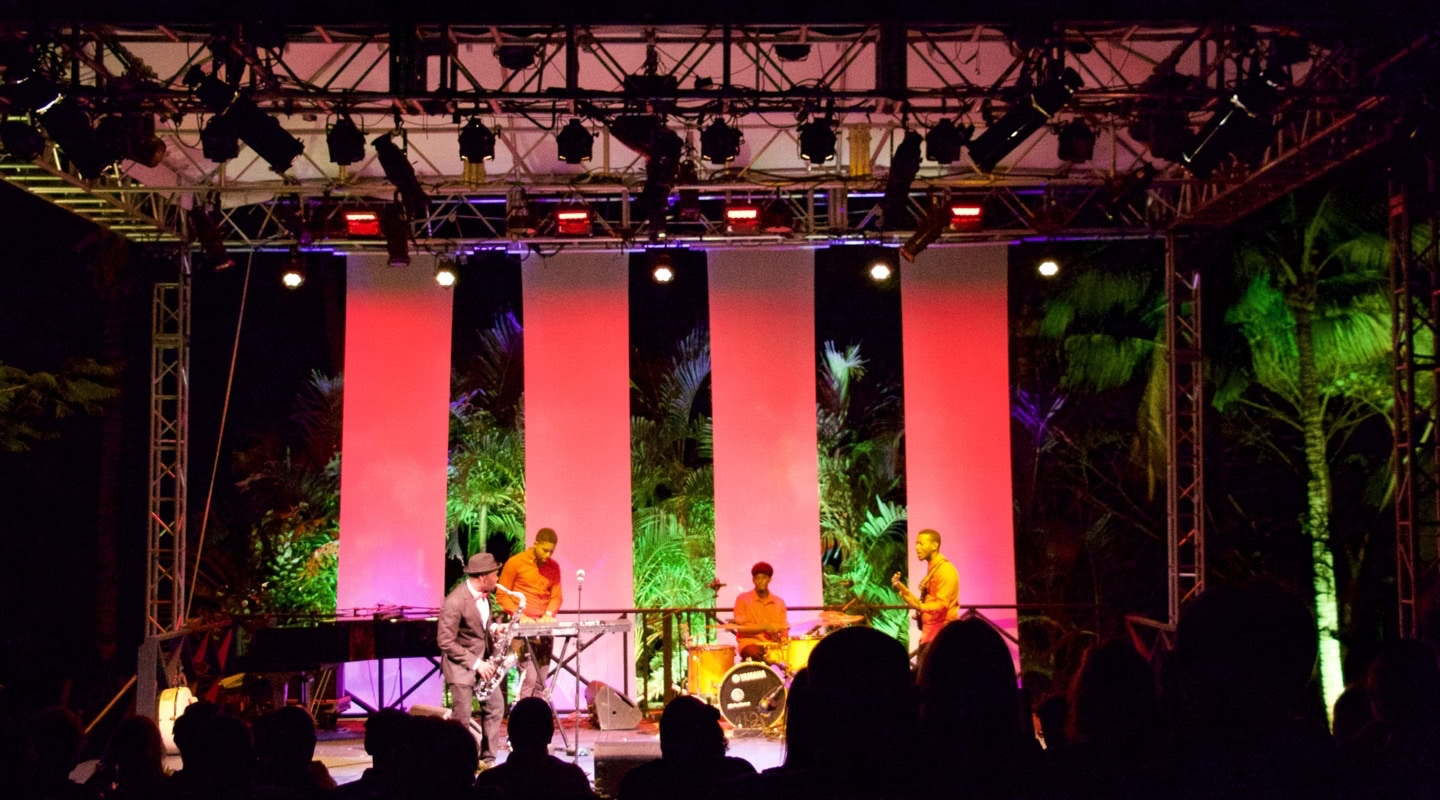 Try to attend an event during Holders Season in March

Holders House is a traditional Barbadian Plantation House dating from the 17th Century, which is set amongst 5 acres of parkland and formal gardens just up the hill from Paynes Bay (take the turning opposite Daphne’s restaurant).

There is a weekly farmers’ market held in the grounds of the house, which overlooks the splendid polo field. It is well worth a visit to here on Sundays throughout the year with local stallholders offering arts, crafts, organic farm products and preserves.

The estate has been owned by the Kidd family for the past 50 years and Jodie Kidd’s mother Wendy launched the now famous Holders Season over 20 years ago. Holders Season has been described as a mini Glyndebourne-meets-Glastonbury festival and is certainly one of the most important cultural events in the Caribbean.

Last night, Friday 11th March, we were fortunate enough to attend the opening event of the 2016 calendar - a cabaret night with the 'Queen of New York's Cabaret Rooms', Judy Carmichael. Despite rain earlier in the day which had turned the ground underfoot rather sticky, the weather generally held and we were treated to a great evening of entertainment.

As fans of the saxophone, Mark and I really loved local support act Mylon Clarke and The Project who we could have easily listened to for another hour but Judy and guitarist Chris Flory put on a polished and engaging performance for the rest of the evening.

Holders Season runs until Saturday 19th March and includes a variety of performances from classical night, comedy night, theatre night and finally, gala night. Tickets are still available and further information is available from the Holders Season website  or on their Facebook page.

Book your stay in Barbados with us before the end of January and we will treat you to VIP Five Star Fast Track assistance at Grantley Adams International Airport on arrival. The service includes a personalised meet and greet inside the Arrivals Hall after which you will be fast tracked through dedicated Immigration and Customs queues. You will also be assisted with baggage claim before being escorted to your awaiting taxi or rental car.
*Valid for new bookings made from 26th December to 31st January with arrival dates in 2020 and rental values over £5,000 only.